This visualization was designed with several goals in mind: 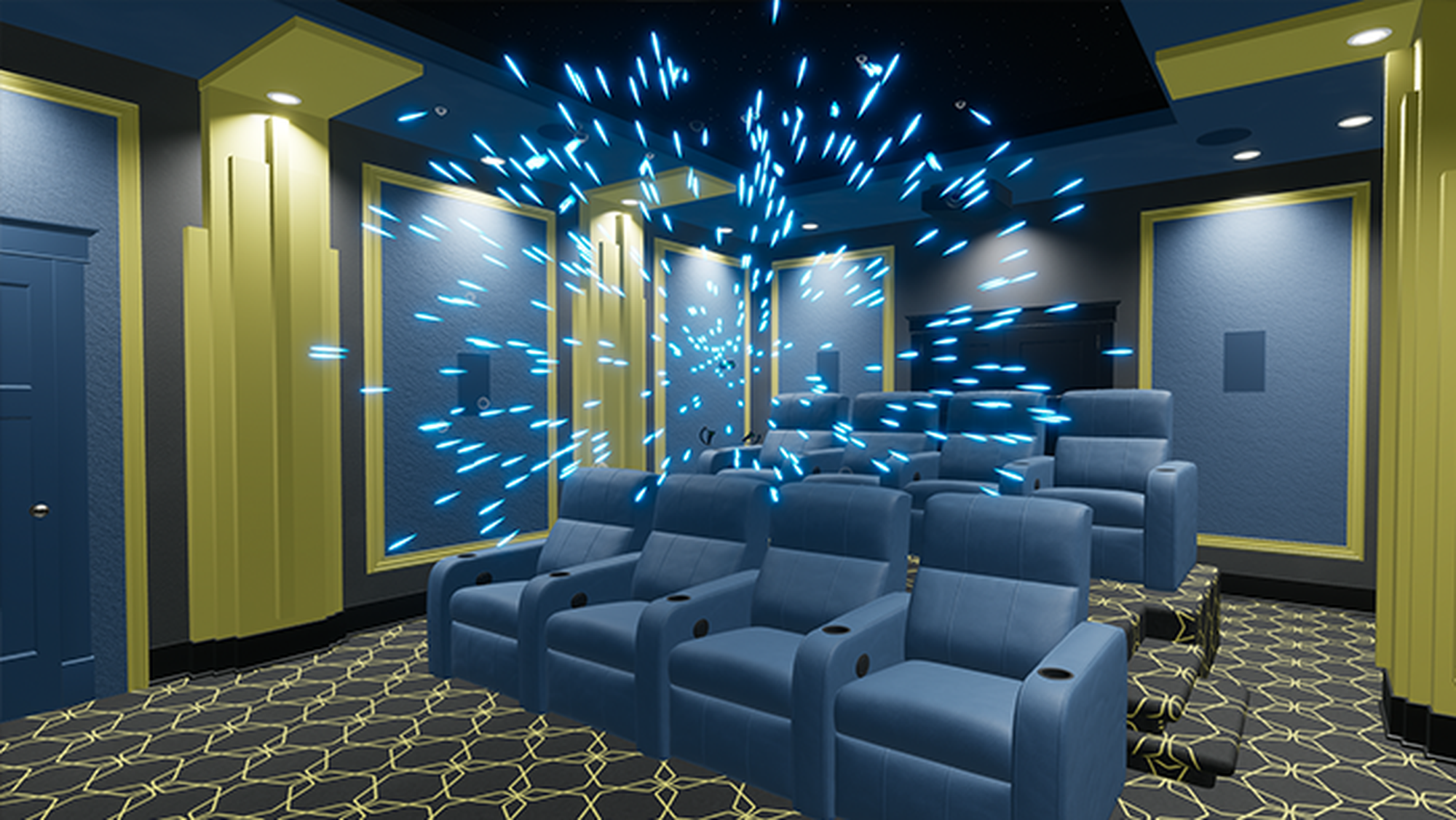 In the Teaching Assistants section of the Global Tab, select either Long Burst or Short Burst.

THE TEACHING ASSISTANTS SECTION IN THE GLOBAL TAB

A burst of particles, representing the energy of sound, appears just in front of you. These particles bounce around the room until they either run out of energy or hit an absorptive surface, like carpet or certain acoustic treatments.

The speed and number of particles varies based on the size of the room. Large rooms will have more, faster-moving particles than smaller rooms.

When used appropriately, the reverberation assistant is fun and can be used to reinforce the importance of proper room treatment.

If room treatment has been ruled out for budgetary reasons, this assistant provides an opportunity to share budget-friendly strategies, like installing heavy drapes over windows. While these don’t increase this project’s value directly, you’ve demonstrated technical knowledge that gains trust, elevates you above the competition, and increases the likelihood of this client coming back with their next, higher-budget project in the future.

The following is an example of using this assistant with a client: 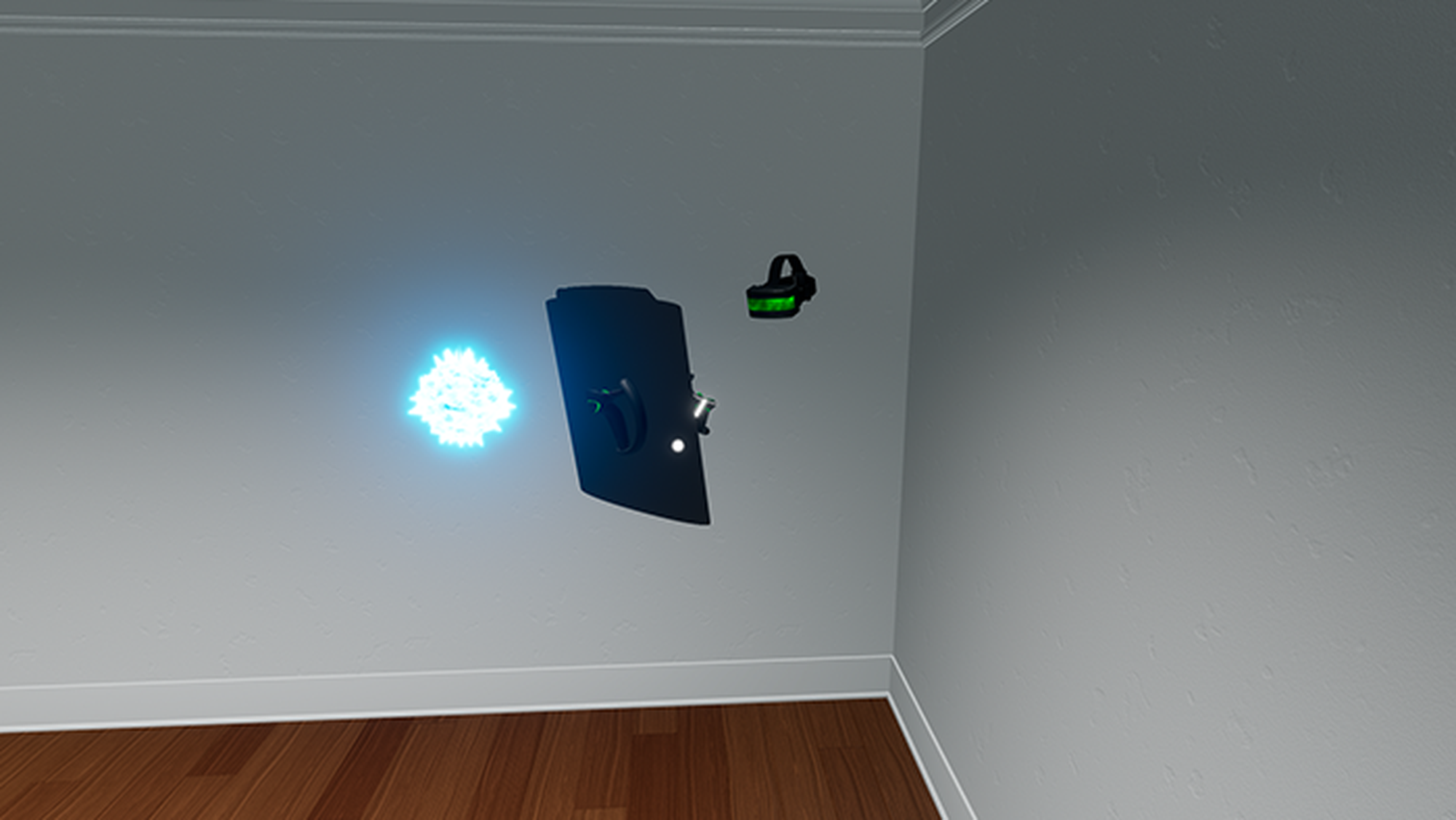 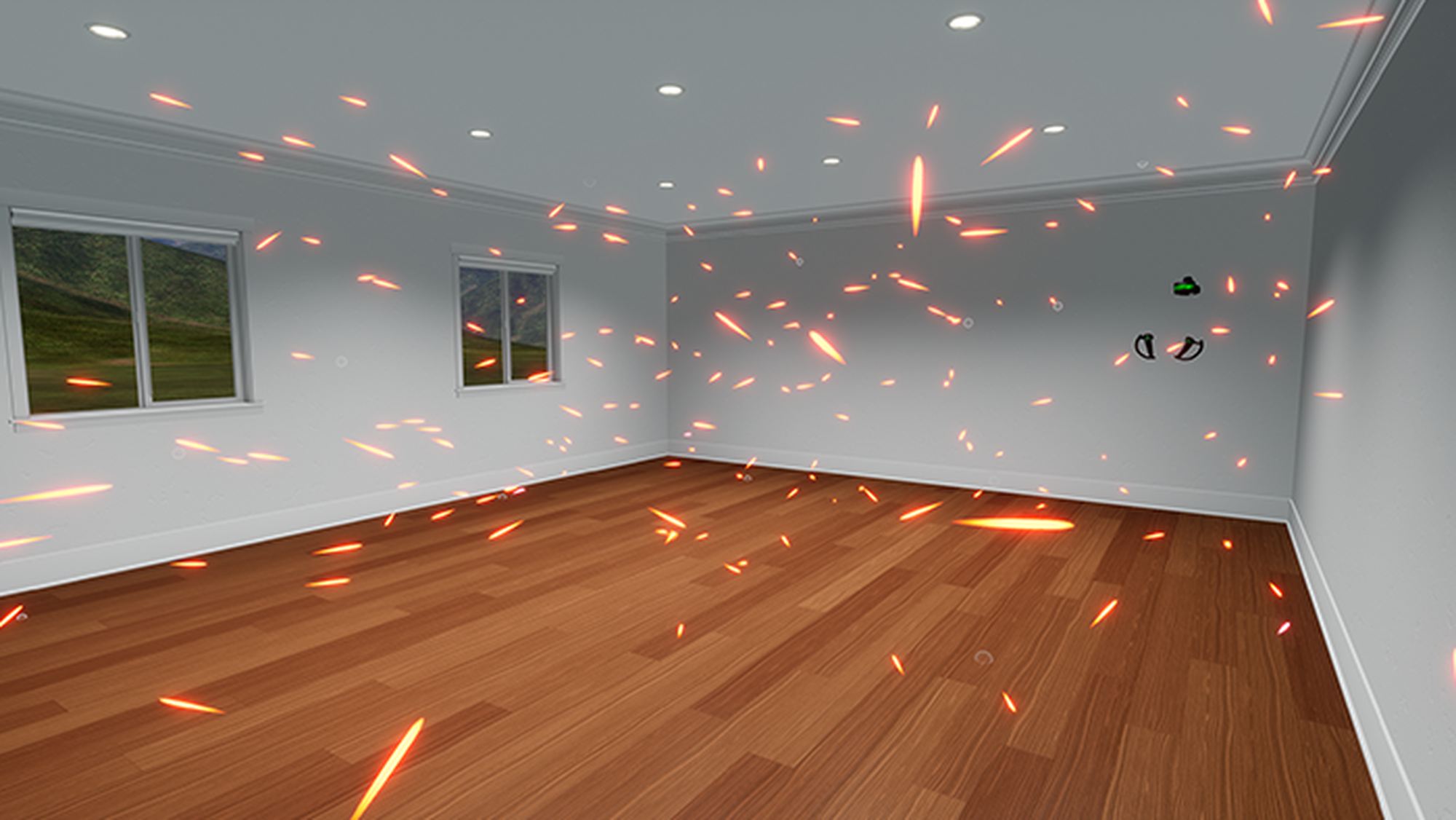 WHILE THE PARTICLES MOVE AROUND THE ROOM, REMIND THE CLIENT TO TAKE NOTE OF HOW MANY PARTICLES THERE ARE AND HOW LONG THEY’RE LASTING. REINFORCE THAT THE CHAOS THEY’RE SEEING HURTS PERFORMANCE OF EVEN THE BEST EQUIPMENT. 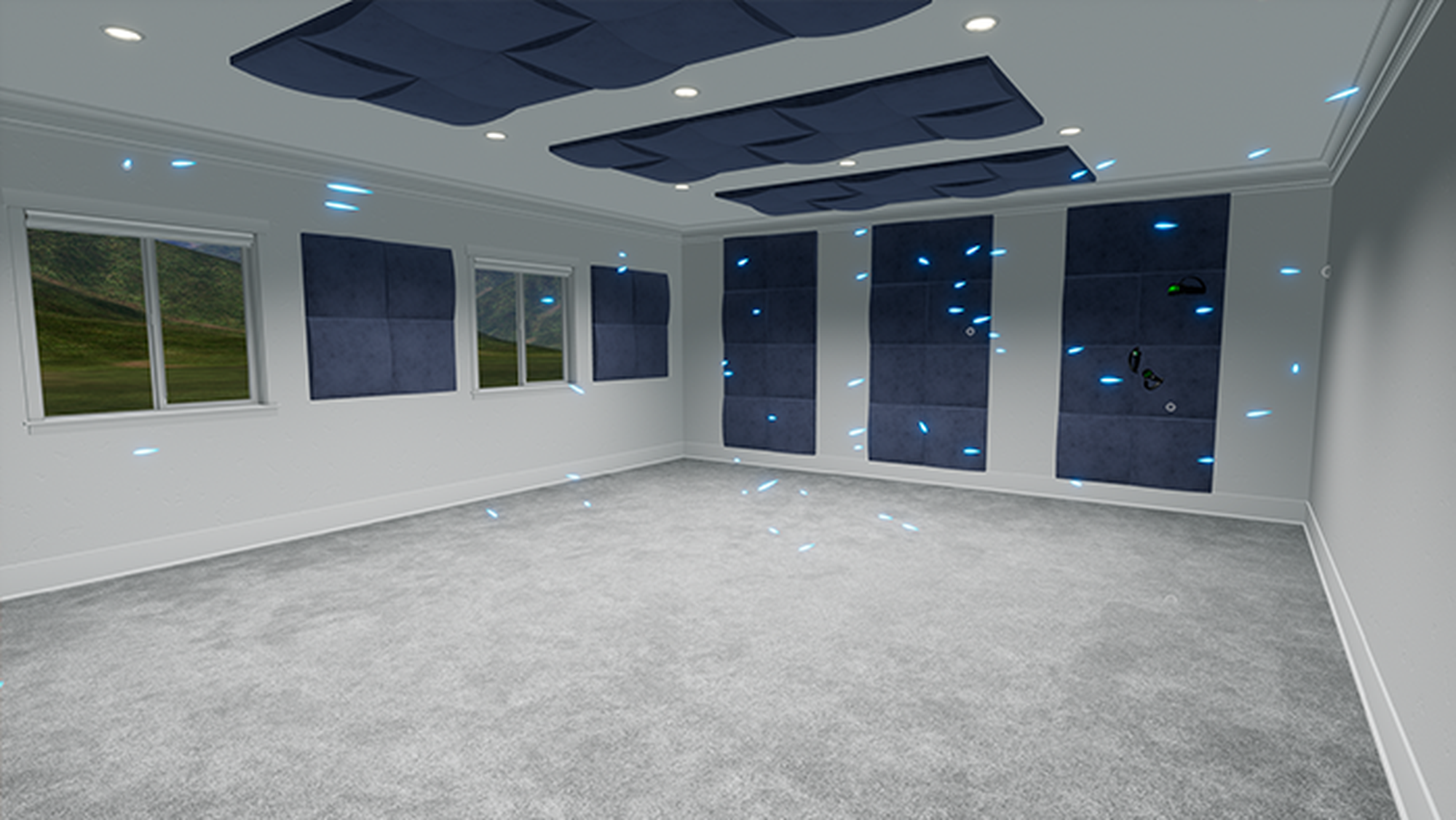 NOTE: IF YOU’VE MADE SIGNIFICANT CHANGES TO THE ACOUSTIC PROPERTIES OF THE ROOM AND THE LONG REVERBERATION BURST IS STILL INSUFFICIENT, THIS WOULD BE AN ACCEPTABLE SCENARIO TO USE THE SHORT BURST INSTEAD.

You can also watch our Commercial demo and Vicoustic demo to see how we’ve done A|B comparisons and spoken about reverberation.

The Reverberation Teaching Assistant is a fast and effective method for educating clients on the basic behavior of sound. We’re excited to hear your feedback and success stories!